The Silence of the Packets

Posted on 14 December, 2006 by Matthias Scheler

As part of my ongoing attempt to simplify my IT infrastructure at home I recently decided to replace my NetBSD firewall and the external DSL modem with a router appliance. The list of advantages was long:

Unfortunately my requirement list for a DSL router was long:

I searched the web for possible candidates and found exactly one: the Cisco 877W. 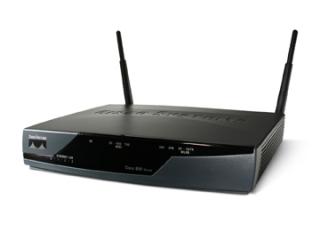 I was not to happy about this because my previous jobs taught me that Cisco equipment can cause a lot of trouble:

I bought a Cisco 877W (with an extra 802.11g WLAN option) nevertheless. And of course things went wrong:

But getting basic routing functionality working was of course only half the story. I still needed to write Cisco IOS packet filter rules (for IPv4 and IPv6) and get NAT working. I had to postpone doing that several times mostly because of problems with the backup mail server for my domains. Last Friday I finally managed to write the IPv4 packet filter rules despite spending most of the day on maintenance of that backup mail server. On Saturday I found time to write the IPv6 rules, After a nice relaxing walk through the Botanic Garden I got NAT working on Sunday.

Now it was time to put the old firewall out of operation. My wife and I removed a stack of old hardware first: 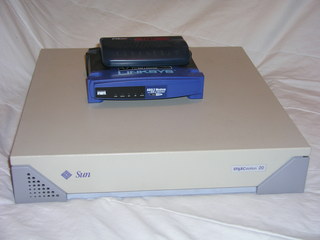 The old Wireless Access Point had to stay because the IOS version currently installed on my Cisco 877W doesn’t support bridging IPv6 for some weird reason. There is a IOS version which does but who knows how to get it.

We set up the Cisco, connected all the cables and powered the router up. For some unknown reasons the universe showed mercy and everything just worked fine without further problems. It has worked fine ever since and I’m still enjoying The Silence of the Packets because the SPARCstation 20 is no longer making a lot of noise.

This entry was posted in IPv6. Bookmark the permalink.

4 Responses to The Silence of the Packets